The First Christian Church (Disciples of Christ) had its original beginning in 1887, when a group of people within the church of God, Camp Hill, (Bethel Church) found that they were doctrinally in agreement with the principles put forth by Thomas and Alexander Campbell of Washington, Pa. This group had already begun a new church building, which they dedicated as the Church of Christ. A minister was called and services began as soon as the building was completed. Unfortunately, this new church had difficulty in meeting its financial obligations and four years after its beginning it had to discontinue its program and turn the building over to creditors.

Although the church lost its building, it did not lose its spiritual spark, and it became the foundation of the work that was to begin later in Riverton (now Lemoyne). Mr. Wilson Bear, a member of the original Church of Christ, maintained a Sunday School class for youth in Bridgeport and these young people were among the first to be baptized at the new location.

Early in 1893, Dr. J.W. Bowman and his wife moved to Riverton and were instrumental in developing interest among certain people in the Camp Hill, Riverton, and adjoining areas to begin a church. Mr. H.B. Musser, also member of the original Camp Hill Church of Christ, donated a plot of ground at the corner of Clinton (now 5th Street) and Hummel Avenue, and a cornerstone was laid that same year. The structure was completed and dedicated on May 13, 1894.

The church flourished and eventually, outgrew this first building. In 1914 the congregation was able to plan for a new church, and the initial structure was razed, with the cornerstone for the present building laid. The total cost of this structure was $16,500.00, which was a goodly sum in those days. Classrooms were added to this second building in 1929 and in 1959 a much larger addition was made, which provides the present very adequate structure for the church and its activities. The church was incorporated in 1958, and established a constitution and by-laws by which direction is given to its activities.

Since 1958, FCC has served the Lemoyne community and beyond. Pastors have included: Paul Remick, Rolland Pfile, Maury Hundley, Truman Christian, Brian Medkeff-Rose, Terry Ford, Diana Hodges-Batzka, and D. Marie Tribble .  It is the hope of the congregation of First Christian Church (Disciples of Christ) in Lemoyne that it can continue in its mission and serve God through all that it does, bring God’s love to the people of Lemoyne and all the world. 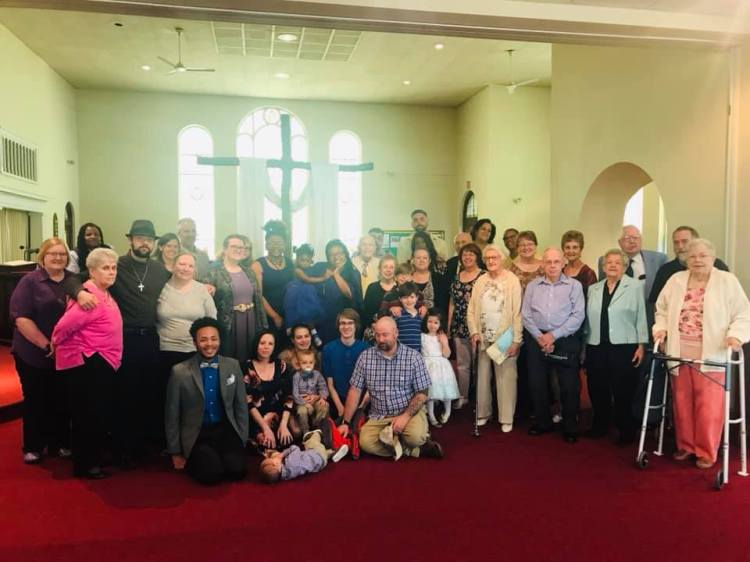